I really enjoy hot dogs. Franks. I’m a guy who likes everything on it. Ketchup, or catsup for you older people, mustard, relish, sauerkraut, onions, banana peppers, to name a few of my choice condiments. As far as these dogs go, I’m what you’d call a dog person. But, the real thing. You know, man’s best friend. I’m not a fan. I have a disdain for dogs, a caution toward canines. I have nothing against dog lovers though. I understand that some people can find comfort in the company of a border collie or they feel that the only thing they can depend on is their dachshund. I get it. Dogs can be a great help to those in need. I’ve seen I am Legend, Because of Winn-Dixie, and the classic Air Bud. It’s pretty obvious that dogs have a place in our society and can make a difference in the lives of man. All I’m saying is that I’m not one of those people. I have seen what dogs can become and I’d much rather keep my distance and take my chances with humans.

My first exposure to the primal perversities of pups was when I was a missionary in the Philippines. As I served as a missionary, I had the typical “missionary gets chased by crazy dog” story quite a few times. That’s not what soured my sensitivity toward animals of the canine persuasion. What really turned me away from ever having an affinity toward mans’ supposed best friend was observing the actions of the run-of-the-mill mangy mutt. Hairless. Skin falling off. Eating garbage. Diapers to be precise. While serving in the city of Santiago in Isabela Province, there was a dog whose calling card was the stench of digested diapers. You could smell him coming. The only word that can adequately describe the disgusting deluge of death that dispersed from his being is putrid. He was the guy you didn’t want coming to parties. He was bad news. Imagine the horse of the apocalypse that represents disease and famine. Now picture it as a dog. He would creep around the corner seeking an entrance to no avail. With his snout still deciding whether it wanted to stay on his muzzle, he scared away all other dogs, all humans, and precipitated the premises with putrefaction. Not only were the dogs nasty, people would sometimes eat dogs. After seeing someone eat a dog in the

Philippines, I pined for a nice hot dog. You get the picture? Seeing that dogs once domesticated, when left to their own devices, can deteriorate by great degree into diaper devouring degenerates and then being turned into a delicacy, I decided that the canis lupus familiaris, at least for me, was most definitely can’tis lupus.

You’re probably thinking, “Jace, you’re basing your hatred toward hounds on one lousy experience. Not all dogs are like that.” They can be like that, mind you. And before you blame me for blaspheming the beagle, I wish to share with you two encounters I had with a dog not too long ago. One involves a soccer ball and teeth and the other involves a vacuum, a cleaning check, and a dog biscuit. 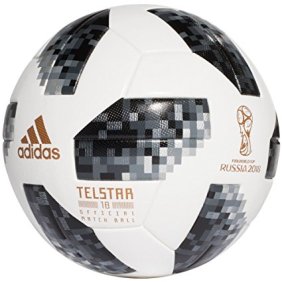 I love soccer. I love it even more than hot dogs. A few months ago, I purchased a world cup game ball. I didn’t have a ball of my own that I could just kick around. It wasn’t the real thing, it was just a replica. A usable replica. While stopping by a friend’s apartment to pick him up to play soccer, I saw that one of his roommates had a dog. It was pretty docile dog. But, this didn’t stop the dog from biting into my almost brand new world cup game ball. I did everything to stop the dog from puncturing the ball. Luckily I was able to get the ball to higher ground before too much damage was done. A once unscathed soccer ball now pocked with bite marks resides on the top shelf in my closet. As you can see, I’m still pretty upset about it. Serenity now.

The following week, we had cleaning checks. One of my roommates has a dog. It’s a very nice dog. Sometimes it comes into my room unannounced. Nothing wrong with that. Only this time, I had just finished vacuuming my room for the cleaning check. I was going to be gone on the day that the checks happened and I wanted to make sure that I did my part to clean. I had scrubbed the stovetop and the oven and I cleaned almost every inch of my room. The vacuum was the last part before I would head out of town. Using the skills I learned from years of both vacuuming and mowing lawns, the carpet was cleansed and devoid of dust and crumbs. As I turned the vacuum off, I sat down satisfied with the work I had done. Moments after my triumphant cleansing of the carpet, the dog came into my room. Normally I was fine with it coming into my room. No biggie. But, this time was different. In its mouth was a big, brown dog biscuit. He looked at me with this treat hanging from his jowl and chomped. He chomped three or four times. Crumbs flew everywhere on the carpet. As soon as the last of the biscuit was in his belly, he turned in an air of mocking me and left the room. Like a battlefield, the carpet was left covered in shards of brown and black; dirtied by a dog who had no intention to lick up the leftover slivers of saliva covered biscuit. I closed the door and vacuumed the spot where the dog had hilariously heaped a mound of spit slathered biscuit.

People can own dogs, groom them, train them, and live with them. I’ve just not been that impressed with my experiences with the canines. You’re probably thinking, “Hey, man! People, when left to their own devices, can do some pretty terrible things.” True, but before the next time you look your dog in the eyes, I implore you to take some time to read Jack London’s book White Fang and his short story “To Build a Fire.” You’ll definitely be leaning toward canine caution. As for me, I’m alright with taking my chances with people while eating a dog without thinking about diapers.

Just a regular dude who likes to read, write, think, and sleep. Not necessarily in that order. View all posts by meinjace

One thought on “Why I Will Never Be a Dog Person”